7 Reasons Why Marijuana Is The Ultimate Enhancement Plant

All the good stuff just gets better

It’s a familiar feeling for many who use marijuana: once you imbibe and the plant starts working its magic, every action of your day is made exponentially better with every hit. Pick up your perfect strain(s) and re-experience the following 7 ways that marijuana enhances day to day life.

This one is as obvious as the smoke wafting out your living room window, but it’s also likely the most enhanceable, and thus takes first. Drinks like root beer or fresh squeezed juices taste delicious — even more so than usual — not only because the taste buds are stimulated, but because cannabis often causes what’s known colloquially as cottonmouth. Food on the other hand not only tastes better, but for those who need an appetite stimulant, it makes it go down easier and more abundantly. Cannabis can also enhance food as a delicious, nutritious and fun addition to most any recipe…

Though giggles or paranoia about performance can be bedroom buzzkills, they are the exceptions, not the rules, and usually occur by overdoing it on a high octane sativa. Some couples are actually experimenting with microdosing cannabis before entering a boudoir, savoring the experience of a light buzz that opens them up emotionally and sexually. Skin feels softer, sensations are enhanced and an even deeper mental connection is all common with cannabis as an aphrodisiac. Don’t be afraid to ask your local budtender which strains are best suited for sexual enhancement.

Movies in general are zoned into in depth if they already are set to resonate. Cannabis helps make plot connections and brings one to more deeply analyze a character’s motives, but undoubtedly the best movies to watch while high are either comedy or horror. A good comedy is absolutely enhanced by a joint or two both before and during. Belly laughs and the giggles are in store for high minded comedy connessoirs. Horror on the other hand becomes even more suspenseful, the music winding up the heartstrings so that jumping out of the seat or letting loose a little yelp is imminent.

Social anxiety runs rampant in the U.S. and yes, there’s a strain (or 10) that deals directly with the out and about jitters. Aside from making being social tolerable for the shy or anxious, though, cannabis also has the ability to enhance social situations and even lead the direction of a party to the mellow, fun, relaxing and laughing good time it aspires to be. Cannabis is being normalized all around and rather than the couch-locked stereotype of cannabis users in a group, marijuana is being used as a social lubricant akin to the social use of alcohol.

When you and a loved one have reached an impasse, sometimes the best medicine is to pass the literal peace pipe. Cannabis is capable of opening up outlooks and the ability to see another’s perspective, even if it’s contrary to your own. The depth of discourse is also enhanced by the shared experience of cannabis. This type of enhancement is best done with either vaping or smoking the herb, as passing it back and forth and sharing in its properties creates a common ground and a springboard to delve deeper.

The wonders to be found at historical, modern, classical and contemporary museums become all the more wonderful when experienced in a lifted state. As long as you’re taking public transportation or are walking, this is especially true of bringing your kids to the museum. Your own deeper dive into the artifacts and images will engage everyone involved and bring wonderment to the table. Cannabis helps us to take our time and be patient, curious and enthralled with what surrounds, especially when covered in eye candy and the curious histories of man- and animalkind.

The End Of A Long Day

Sometimes a day can leave a person feeling used up. Heavy, tired, maybe a little cranky and snippy even. Taking a few pulls of the right strain or a dropperful of tincture may be just the ticket to reset your mind before bed and stave of anxiety dreams. In this case, rather than enhancing the state your already in, cannabis enhances you to the next level up. Instead of feeling as if the world was out to get you, you see that a bossy supervisor, a nail-clicking co-worker, bumper to bumper traffic and the like are mere nuisances, while in truth your life is full of blessings, including the cannabinoids you’re ingesting to make most everything extracurricular, creative or fun all the better. 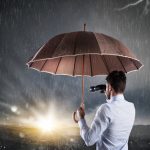 7 Reasons Why Marijuana Is The Ultimate Enhancement Plant