In a whirlwind week for the cannabis industry, Attorney General Jeff Sessions announced his resignation at the request of President Donald Trump. Elsewhere, Michigan legalized adult-use cannabis and Missouri and Iowa passed medical marijuana initiatives in the Nov. 6 election.

Here, we’ve rounded up the 10 headlines you need to know before this week is over. 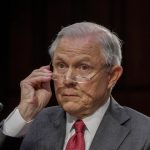