There is quite a bit of debate about the use of different strains of cannabis in edibles. This is particularly true in the United States, where many commercial kitchens still make edibles out of the mixed clippings and endings of all of their weed.
That said, when cooking at home, you can certainly impact what kind of strain you use, and in turn this will also affect the potency and strength of your edibles.What appears to matter now is what kind of cannabis you use and what strength it has.

Higher potency marijuana creates more powerful edibles. The big debate in fact, in the U.S. over edibles and THC is the labelling and consistency of edible products. Colorado state law at this point mandates that “servings” cannot contain more than 10mg of cannabis, no matter what kind it is.

Edibles have a very different effect than smoked cannabinoids. The effects do not kick in as quickly. However, they are far more intense. They also last longer. Users report the feeling of a “body” high.That said, when cooking in your own kitchen, you can impact the kind of weed you use. This means both strain and potency. Distributing the cannabis equally in all parts of the batter is also difficult. This means that not even all marijuana brownies from the same batch are created equal.As far as whether sativa or indica strains tend to impact users differently?

The jury is still out. However, that is really not all that surprising. Cannabis is a very personal drug. Everyone reacts differently. The best way to find out what works best for you is to experiment. A word of warning however – particularly for beginners. No matter how tempting all this freedom is, it is always best to err on the side of caution. One of the best ways to also try for a homogenous batch of edibles is using cannabis oil or butter. That way the liquid THC in the form of oil is more evenly mixed throughout the batter.There is plenty of anecdotal evidence to suggest that pure sativa or pure indica edibles could work differently. This is because of the makeup of the plant itself. It is also how cannabinoids and other elements in the plant work together.

CBD for example, has been found to moderate the effects of THC. Terpenes, or essential oils, also impact how the drug works. Including when orally ingested. Further, the chemicals of the cannabis itself work with the other ingredients they are mixed with. The idea of a so-called “Entourage Effect”, is based on this theory.That said, for the most part, particularly when using a sativa product, assume that the impact of your edibles will be a “brainy” if not “energetic” high. How they impact you beyond that is a matter for experimentation.The powerful Trainwreck is technically a sativa-dominant hybrid. The strain creates a soaring, happy and cerebral high when smoked. It also has strong medicinal impacts, including pain relief. The strong, lemony and spicy strain also has a powerful effect when eaten. Because the plant also produces a high yield, it is popular with home growers who also cook.

The sativa-dominant hybrid White Widow is perhaps the most famous cannabis strain of all time. When smoked, it creates a deep and refreshing pine experience via its aroma and taste. This can also impact the flavour of the edibles you make with it. As this is easy to grow strain with a good yield, it is another favourite for canna cooks who cultivate their own weed.Indica in general creates a much “heavier” high. Most stories of “couchlock” come from use of this kind of marijuana. That said, it is also a powerful remedy for pain. This is even more true when eaten. That said, these strains are also hybrids. That means, that they contain not only sativa influences, but another cannabinoid altogether – CBD – which also has a mediating effect on THC.Beginners in particular might also want to make cannabutter of these buds first before cooking with them.

Bubba Kush is an indica-dominant autoflowering hybrid with a high THC content. For that reason, it is always a favourite for those looking for pain relief or a sleep aid. The high resin production of these plants also means that the buds are chock-full of essential oils. When extracted properly, that means cooks will have powerful cannabutter to work with.

Skywalker’s parents won cannabis cups four years in a row. It all started with the 2nd prize at the High Times Cannabis Cup. The next three years saw place wins in third, second and first place. In other words, this cannabis comes with a forceful power. With a fast grow and bloom time, this is a popular strain for both smoking and cooking. Beware though, it also has a powerful smell. This 90% indica works as well as it announces its presence in the room. It creates an intense, laid-back stone, that removes pain and worry. In edibles, this also means, that this is an ideal companion for edible sleep aids.

I feel like anytime people are telling me which ones are the best to use I want to use something different.

I think everything is based off of preference

I just want to smoke….

I live for this!

I wish I could start making edibles!

I love the idea of making edibles and eating cannabis rather than smoking.

Me to smoking hurts my chest mostly because I cough so badly. Eating it is the best 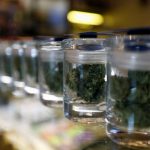