The stigma around the use of marijuana needs to stop because there are many statements being made that are in fact false, with no substantial scientific evidence.
First, marijuana and cannabinoids are not two different things. Cannabinoids, also known as phytocannabinoids, are chemicals found in cannabis. THC, (tetrahydrocannabinol) and CBD (cannabidiol) are the two most commonly known phytocannabinoids. The body naturally produced a cannabinoid called endocannabinoids which with phytocannabinoids binds to special receptors in the body and in turn help regulate mood, anxiety, stress, nausea and pain.
Next, the term ‘smoking pot’ and saying that cannabis is only used to ‘get high’ is misinformation in itself. Cannabis based medications come in many different forms, including tinctures, oils, and even vaping. Along with these CBD-based medication is non-psychoactive. This means that you can use the product but you will not be impaired or feel the ‘high’.
Lastly, When a group of people or a person decide to place cannabis use for medical reasons and recreational reasons in the same group it give a disservice to the medical side of using marijuana. You wouldn’t judge someone for taking an aspirin for a headache, or taking opioid based pain killers for an injury would you? So why is it that the people using marijuana for personal medical issues should be looked at as if they are smoking to get high and ‘do nothing’?

Recreational smoking and using of cannabis will probably have a stigma for a long time coming but removing the stigma on the medical use of cannabis should be something we teach everyday and share with our friend, family, and neighbors. All we need to do as a community to stop the stigma is yo educate those around us to be sure they know what they are fighting for and against.

I hate that people are still so uneducated that there is a stigma on medical use.

I don’t think there should be a stigma on medical use. of course people who smoke for fun are going to be looked at as lazy or a loser for a while longer but at the end of the day medical use is different.

Its so important to educate people

smoking is the only thing that i will say really helps with the pain.

More people need to be looked at like they are idiots when they take pain killers from the doctors office.

there needs to be less stigma on marijuana in general

i hate that there is still a stigma

i remember when my mom found out i was using cannabis as a way to treat pain. she looked at me so differently from then on….like i was dirty and i was going to get into hard drugs

education could save the world. 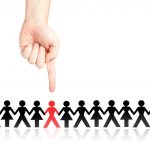