China has Quietly Turned into a Cannabis Superpower

Every year in April, Jiang Xingquan sets aside part of his farm in northern China to grow cannabis. The size of the plot varies with market demand but over the last few years it has been about 600 hectares.

Like every other hemp farmer in Hexin in Heilongjiang province near the Russian border, Jiang is growing the plant legally.

The growers sell the stems of the crop to textile factories to make high-quality fabric, the leaves to pharmaceutical companies for drugs, and the seeds to food companies to make snacks, kitchen oil and drinks.

For the farmers, the crop is green gold – hemp brings in more than 10,000 yuan (US$1,500) per hectare, compared to just a few thousand for more common crops like corn. It also has few natural enemies so there’s little need for expensive pesticides.
“That’s pure profit,” Jiang said.

Jiang’s farm is close to the Arctic Circle and one of the country’s major centres for the legal crop. Authorities in the province turned a blind eye to its production before legalising and regulating it last year. Another major growing area is in Yunnan province where the plant’s production has been regulated since 2003.

Together, these areas account for about half of the world’s legal commercial cropland under hemp cannabis cultivation, according to the National Bureau of Statistics.

Thanks to government support and a long tradition, China has quietly become a superpower in the plant’s production and research.

There are no official figures for the amount of the plant China produces each year but plantations are flourishing – both for commercial and illicit drug use.

This growth has in part been made possible by scientists funded by the government to study the plant’s military uses, including as medication and uniform fabric.

Over the decades, the researchers developed various hybrid species that not just survived but thrived in China’s disparate environments, from the Arctic conditions in Heilongjiang, to Inner Mongolia’s Gobi Desert to the subtropics of Yunnan.

In 2014, the Ministry of Public Security said it found a large number of unregistered hemp and marijuana plantations across the nation, particularly in Jilin and Inner Mongolia.
The brain and marijuana: Chinese and US researchers uncover ‘perfect fit’ behind the buzz

Hemp cannabis is one variety of the Cannabis sativa plant, which also includes types better known as marijuana. The difference between the two is the amount of the psychoactive component THC, with hemp varieties containing just trace amounts of it.

Both the hemp and marijuana strains of the plant also contain cannabidiol, or CBD, a compound that has been used to treat a wide range of conditions such as epilepsy and Parkinson’s disease.
Cannabis sativa has been cultivated in China for centuries, mainly for the plant’s strong fibres which can be turned into rope, fabric and paper. Hemp fabric dating back more than 3,400 years has been found in Shang dynasty tombs in Hebei and the fibre is believed to have been the basis of the earliest forms of paper made in the country.

China has developed various hybrid species of the crop that not just survived but thrived in places like Xishuangbanna, Yunnan province.

Other parts of the species, such as seeds and leaves, have been used in Chinese traditional medicine – but with warnings of side effects.

The Divine Farmer’s Classic of Materia Medica, a pharmaceutical text complied in the first or second century AD, warns: “A person will see a ghost after an overdose, [and] run around like mad … After moderate long-term intake, [he or she] will be able to communicate to God.”

After the establishment of the people’s republic, the communist government classified the plant as an illicit drug and introduced some of the world’s toughest rules against its production, trade and consumption. Anybody with more than 5kg of processed marijuana leaves, 10kg of resin, or 150kg of fresh leaves can face the death penalty, under Chinese criminal law.

Despite the tough laws, authorities have usually turned a blind eye to farmers growing their own low-THC varieties because they were an important source of income for some farmers. The farmers have largely been spared in drug crackdowns but in some areas such as Xinjiang bans on the crop – even the low-THC trypes – have been strictly enforced due to concerns about drug abuse in the region.

Research into the plant really took off in China in the late 1970s when the country went to war with Vietnam, according to some scientists. The government needed researchers to develop a fabric that could keep soldiers clean and dry in Vietnam’s humidity, and cannabis hemp offered a fibre that breathed and was antibacterial. Other studies explored the plant’s use as a drug in field hospitals.

As a result of that research, more than half of the world’s 600-plus patents related to the plant are now held in China, according to the World Intellectual Property Organisation. This has prompted concerns in the Western pharmaceutical industry that the Chinese government or Chinese firms might take advantage of the patent barriers.

“[Chinese traditional medicine] is poised to take advantage of a growing trend. The writing is on the wall: westernised Chinese traditional medicine is coming to a dispensary near you.”
Yang Ming, the head scientist of China’s Cannabis sativa research programme at the Institute of Industrial Crops at the Yunnan Academy of Agricultural Sciences, said many farmers who used to grow flax in the province had quickly made the leap to hemp cannabis, thanks to the much higher returns.

But just how many farmers or how much land was devoted to the crop was a national secret.
“It’s a big figure. It cannot be revealed to the public. Many farms are, strictly speaking, illegal under current law and regulations,” he said.

To start growing the crop, farmers need a special licence and so far they’re restricted to growers in Heilongjiang and Yunnan.

“In other provinces [hemp] farmers might plant varieties with THC levels higher than 0.3 per cent, an internationally accepted benchmark beyond which it is considered unsafe,” Yang said.
The central government last year considered issuing regulations to outlaw these farms but dropped the idea because there were so many of them and the move could trigger massive protests by farmers, he said.

Hemp cannabis is also grown in Inner Mongolia, despite being illegal. Photo: Handout.
Yun Chunming, professor with the Institute of Bast Fibre Crops at the Chinese Academy of Agricultural Sciences in Hunan, said the legality issue would remain a major challenge to the Cannabis sativa boom in China.

“We have seen the growing enthusiasm of farmers, and they are indeed planting low-THC varieties. But cannabis is cannabis. However low the THC concentration, massive plantations can increase the risk of drug abuse and lead to many social problems,” he said, suggesting that the THC could be concentrated if enough of the crop were grown.

Tan Xin, president of Beijing-based Hemp Investment Group, one of the largest Chinese companies advocating the commercial pharmaceutical use of the plant, said the company had partnered with the People’s Liberation Army to take the Chinese technology and product to the world.
Chinese woman who grew opium plants in her backyard held by police

A drug to treat traumatic stress disorder jointly developed by the company and the Chinese military was nearing completion of clinical trials, and it was just one of the many products from the plant with global market potential, according to a statement on the company’s website.
“We expect the sector will grow into a 100 billion yuan industry for China in five years’ time,” he said.

With offices in the United States and plans to branch out into Canada, Israel, Japan and Europe, Tang said the company was taking the plant to all member countries in China’s “Belt and Road Initiative”, an infrastructure scheme to link China with the rest of Asia and beyond.
Back in Heilongjiang, Jiang said he and family had tasted the vegetable oil made from hemp seeds.

“It has a very strong fragrance and tastes good, but we felt dizzy after dinner,” he said.
“We dare not try it very often.” 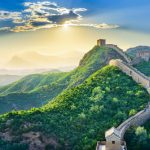 China has Quietly Turned into a Cannabis Superpower