The U.S. marijuana industry has witnessed a number of major changes over the past two-plus decades. Since 1996, when California became the first state to legalize medical cannabis for compassionate use, 28 other states have followed suit.  In addition, since November 2012 eight states have legalized recreational weed.

This expansion in both medical and adult-use pot is all thanks to a discernable change in how the public views marijuana. Before the legalization of medical cannabis in California in 1996, only a quarter of the population wanted to see the drug legal across the country. However, in Gallup’s October 2016 survey, an all-time record 60% of respondents were in favor of legalizing the drug nationwide. Growing acceptance of marijuana leads some pundits to believe that lawmakers in Washington will have no choice but to change their stance on cannabis or risk being voted out of office.

It’s also led to big gains for marijuana stock investors. The average small- and mid-cap pot stock has increased in value by well over 100% over the trailing 12-month period. With compound annual growth projections of roughly 25% to 35% through 2021, depending on your source, the sky is seemingly the limit for marijuana stocks.

The federal government digs in its heels

However, that sky also has a pretty low glass ceiling that investors and the pot industry refers to as the “federal government.” You see, marijuana is still a Schedule I drug at the federal level, which places it on par with heroin and LSD and also means it has no recognized medical benefits.

Cannabis’ Schedule I categorization also comes with a laundry list of inherent disadvantages for the industry. These include being unable to take normal corporate income-tax deductions because they’re selling a federally illegal substance, as well as having little to no access to basic banking services. Since financial institutions report to the Federal Deposit Insurance Corporation, and the FDIC is a federally created entity, banks fear criminal prosecution and fines by assisting pot-based businesses. It’s also difficult for medical researchers to get the OK from the Food and Drug Administration to run clinical studies into cannabis’ risks and benefits.

If there is one thing that U.S. medical-marijuana businesses have going for them, it’s that the Obama administration, and thus far the Trump administration, have protected states’ rights. The Rohrabacher-Blumenauer Amendment, which was proposed in 2014 and has been renewed in the federal budget each year since then, disallows the U.S. Drug Enforcement Agency and federal regulators from using federal dollars to prosecute marijuana businesses in states that have passed medical-weed laws.

Sessions is champing at the bit to go after medical marijuana

Last week, the House Rules Committee blocked a vote on the Rohrabacher-Blumenauer Amendment. Blocking this vote may keep this critical amendment out of the federal budget for the upcoming year, putting medical-marijuana businesses and distributors at risk of facing federal prosecution from Sessions and the U.S. Drug Enforcement Agency. Sessions sent a letter in May to congressional leaders asking them to repeal this law so he could go after medical-weed businesses. It seems his request may not have fallen on deaf ears after all.

It’s also worth pointing out that, according to data from Gallup’s surveys on pot, just two groups of people oppose the expansion of legal marijuana in the United States: senior citizens and Republicans. With the GOP having a clear majority in the House at the moment, a blocked vote on the Rohrabacher-Blumenauer Amendment may not be all that surprising.

Another concern is that President Trump and former White House press secretary Sean Spicer haven’t exactly given legal weed a resounding endorsement. Back in February, Spicer intimated that the current administration wouldn’t be as lax as the Obama administration on regulating legal cannabis. As for Trump, language in a $1.1 trillion spending bill passed in May implied that he and the federal government could choose to alter their stance on marijuana at any time in the future.

If there is a silver lining to be had here, it’s that the Senate Appropriations Committee approved the amendment, meaning it could still find its way into the fiscal 2018 budget, even with the House Rules Committee blocking a vote on the measure.

The people want change, but it’s unlikely to come

On the surface, the inclusion of the Rohrabacher-Blumenauer Amendment in the 2018 federal budget would seem like a no-brainer. In the latest Quinnipiac University poll from April 2017, an overwhelming 94% of Americans supported the idea of legalizing medical cannabis across the country, compared with just 5% who opposed the idea.

Furthermore, we’ve also seen some convincing evidence that marijuana can indeed be medicine for certain ailments. GW Pharmaceuticals (NASDAQ: GWPH), which is the largest marijuana stock by market cap, has had incredible success with its lead developing drug Epidiolex. In multiple late-stage studies involving two rare types of childhood-onset epilepsy, this oral cannabidiol-based therapy led to a statistically significant reduction in seizure frequency relative to the placebo. While nothing is ever a given with the Food and Drug Administration, GW Pharmaceuticals’ lead pipeline product looks well on its way to an eventual approval.

Nevertheless, Congress has little incentive to alter its scheduling on marijuana anytime soon. The current Congress is laser-focused on healthcare and tax reform, with little room on the docket for a discussion on marijuana. It also seems unlikely that incumbent lawmakers will lose their seats solely on the basis of their stance on marijuana. Despite strong support for legalizing medical cannabis, I simply doesn’t see it happening during the Trump presidency, and that’s bad news for the industry and marijuana stocks as a whole. 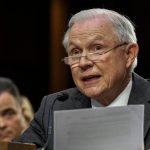