Cannabis Contractors and Unions Getting Ready for Change

If the repercussions from the legalization of cannabis by next July 1 are already preoccupying certain workplaces, the topic is of particular interest to areas of work in which health and security questions are omnipresent, such as construction sites.

“Our rule won’t change,” said Éric Côté, spokesperson for l’Association de la construction du Québec (ACQ). “It will be zero tolerance for people working with weakened faculties,” be they weakened by alcohol, cannabis or any other substance.

Entrepreneurs have an obligation to worry about security on work sites, Côté said.

The safety code for construction sites is explicit on this matter, he emphasized: “The employer is obliged, by law, to ensure that there is no person with weakened faculties on their work site.

“People with weakened faculties on a construction site increase the risk of an accident, and can even be the cause of an accident,” both for themselves and for their colleagues, he explained.

Workers, their foremen and the various contractors on a site all have a role to play, Côté added.

“We don’t let people drive a vehicle with weakened faculties,” he said. “Imagine working with construction equipment on sites, equipment that weighs several tons, operating a crane. At that moment, it becomes very dangerous on a construction site.”

The ACQ makes 24,000 construction site visits per year to help entrepreneurs conform to the safety code and will continue to do so, he said.

Meanwhile, at the most important Quebec union in the industry, FTQ-Construction, general director Yves Ouellet hopes to keep things in perspective.

“This doesn’t mean that on July 2, everyone is going to start smoking joints on construction sites,” he said.

Ouellet compared the cannabis phenomenon to that of alcohol consumption.

“Alcohol is legal, and everyone doesn’t go down four scotches on their 10-minute break,” he said.

Some people do have a problem with overconsumption or addiction, he allowed. And those people can get help through programs that already exist.

“We’re not saying employers should go on a witch hunt and start testing all their employees for drugs just because pot is being legalized on July 1,” Ouellet said.

“By legalizing cannabis, they’re not taking away the Charter of Rights and Freedoms. So there can’t be abuse of power on the matter, with bosses jumping on everyone, wanting to fix certain situations because that’s what they think is going on. We have to be extremely careful about workers’ rights, so that this doesn’t become arbitrary.”

Nevertheless, FTQ-Construction takes the matter seriously enough to aim to sensitize its 78,000 members on the topic.

“We ourselves are going to constantly seek to deliver information that is more pertinent for our members, to explain exactly what this means and all the implications.” 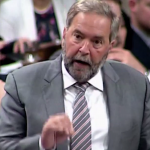 Cannabis Contractors and Unions Getting Ready for Change