What do you do if you’re a budding awards show trying to create a buzz around Canada’s $8.7-billion cannabis market?

First you weed out the best producers from the very large crop of products out there. Then you book a swanky joint and roll out the red carpet for business types looking to get in on the potential pot of gold surrounding legalization next summer.

The CEO of Lift Co., the online marketplace for the medical marijuana industry that is holding the event, says it was high time for a grass gala to highlight the fourth annual Canadian Cannabis Awards – previously held only online – in an effort to add some legitimacy to the often stigmatized cannabis community.

“It’s really going to be a mini Oscars” of pot, said Matei Olaru of the awards show being held Thursday night at the historic Carlu at College Park.

You know marijuana is going mainstream when the list of attendees who reserved tables reads like a who’s who of Canada’s haze of law and accounting firms, including Torys LLP, Dentons, Cassels Brock & Blackwell LLP, Bennett Jones LLP, investment dealer Eight Capital and accounting giants KPMG and MNP.

“These are recognizable names excited to be associated publicly with the industry,” said Olaru.“The industry has matured enough and there are enough players, so it’s the right time for this,” he added.

In fact they will hand out a whopping 75 awards to producers and numerous other players in the marijuana business during an evening of cocktails and plenty of munchies over a sit-down dinner. The laughs will officially be provided by famed comedian twins The Lucas Brothers of 22 Jump Street and Netflix fame, who will be performing standup before the after party.

Categories range from the traditional — employer of the year, startup of the year, innovator of the year, deal of the year and even lifetime achievement award — to the offbeat, including the best in show of vape lounges, cannabis chefs, desktop and portable vaporizers, top testing lab and best home growing box.

“It’s a way to showcase those achievements,” said Olaru, whose mission is to demystify the continued confusion around the medical marijuana market as it grows like a weed.

Another sign that legalization is around the corner is Lift landing official support this week from MADD Canada as it develops Canada’s first retail training certification program for frontline staff at cannabis retailers who will have legal storefronts as of July 2018.

“The same will be true of cannabis retail sales. MADD Canada is pleased to partner with a leader like Lift and support this program, which will ensure that all those involved in the retail sales of cannabis are well-trained about the products, about safe usage guidelines and about social responsibility principles,” he said in a release. 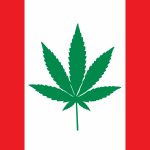