SICK West Australians who have been prescribed medicinal cannabis by a doctor will be able to get access within 48 hours under a plan agreed to by Health Minister Roger Cook.

At the Council of Australian Governments health council meeting in Sydney yesterday, Mr Cook and his State and Territory counterparts gave the nod to having a single approval process for all medicinal cannabis products to be managed by the Federal Therapeutic Goods Administration.

The deal means patients will no longer have to apply to both State and Federal authorities if their doctors recommend they use the drug for treatment purposes.

Federal Health Minister Greg Hunt said the change, which will see all jurisdictions adopt the Commonwealth trial under way in NSW, would make doctors a “one-stop shop” for accessing medicinal cannabis after they make the decision to prescribe it.

“The decision to prescribe will be rightly in the hands of medical professionals,” he said.

“But once that decision is made, access will be provided within what we expect to be a 48-hour period. In some cases as low as 24 hours.”

A WA-led proposal designed to remove barriers to registered health professionals receiving mental health treatment will also be adopted across the country after it was endorsed by the ministers.

Mr Hunt said up until now there had been significant unintended barriers to doctors and nurses seeking help because of man-datory reporting requirements.

He said patients would be protected by important provisions to be written into the legislation, which would be developed in consultation with medical professionals and the States.

“What has been agreed is a system that will both protect patients but, critically, also remove barriers to doctors and nurses receiving and accessing the mental health treatment that they want,” Mr Hunt said.

Another proposal out of WA to consider lifting the legal age for purchasing cigarettes to 21 received a mixed response and was referred to the Australian Health Ministers’ Advisory Council for further study.

In putting the change on the agenda, Mr Cook had hoped to spark discussion about raising the legal smoking age from 18 among his interstate colleagues and examine the challenges and obstacles.

He said any such change required a national approach. 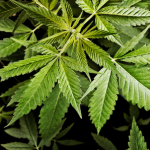