9 Ways to Invest in Marijuana Stocks

There’s more to the cannabis industry than just growers.

At one time, “marijuana” would have been considered a taboo term — but no longer. Cannabis acceptance has grown with each passing year, with 2018 on pace to be a truly banner year for the legal pot industry.

To our south, Mexico legalized medicinal cannabis in June 2017. In the U.S., Oklahoma recently became the 30th state to pass broad-sweeping medical marijuana laws. And to our north, Canada is about to become the first industrialized country to allow adults to purchase recreational marijuana. When adult-use sales commence on Oct. 17, the door will be wide open for billions of dollars in annual sales to flow into the legal pot industry.

Between shifting consumer opinions and these massive dollar figures, investors have been eager to put their money to work in marijuana stocks. But what you may not realize is there’s more than one way to gain exposure to the industry. In fact, there are nine different ways you can consider investing in marijuana stocks.

The easiest way to gain exposure to the marijuana industry is to buy a cannabis grower — and there are plenty of pot stocks to choose from in this regard. While I’m personally not enthused about current valuations within the industry, New Brunswick-based OrganiGram Holdings(NASDAQOTH:OGRMF) is my favorite pot stock.

In March, OrganiGram substantially increased its annual peak production capacity to 113,000 kilograms from 65,000 kilograms, albeit it’ll take until April 2020 to complete expansion at its Moncton facility. With a keen focus on cannabis alternatives, such as oils, and its three-tiered growing system, which maximizes space efficiency while reducing costs, OrganiGram appears to be in great shape from a margin perspective.

Another way investors can take advantage of the cannabis craze is by focusing on companies that handle the packaging, marketing, and branding of pot products. As a reminder, Health Canada set some pretty stringent regulations on what can and cannot be on the packaging of marijuana products when they’re on retail shelves.

One company tasked with keeping growers in the good graces of Health Canada and individual U.S. states that’ve legalized is Kush Bottles (NASDAQOTH:KSHB). Kush’s third-quarter operating results showed a 173% year-over-year increase in sales, albeit some of this increase included its acquisition of hydrocarbon gas and solvent company Summit Innovations. Already serving more than 5,000 marijuana businesses worldwide, Kush’s importance as a niche middleman could be the perfect way for investors to gain cannabis exposure.

Investors could also choose to buy a marijuana dispensary, such as MedMen Enterprises(NASDAQOTH:MMNFF). Earlier this year, MedMen became the largest U.S.-based pot stock to seek listing on the Canadian Securities Exchange.

Right now, MedMen has 13 operating stores in three states (California with eight stores, New York with four, and Nevada with one), with three in development in Nevada. By 2020, MedMen has aspirations of operating 50 upscale dispensaries. Plus, with U.S. federal law forbidding the interstate transport of marijuana, the company also owns its own grow farms in the states it’s operating in. This allows for complete control of the vertical cannabis supply chain.

4. Dig into a cannabinoid-based drugmaker

You could also consider purchasing a cannabinoid-based drug developer. In June, GW Pharmaceuticals (NASDAQ:GWPH) became the first drugmaker to receive an approval for a cannabis-derived drug from the Food and Drug Administration.

In multiple late-stage trials, GW Pharmaceuticals’ lead drug Epidiolex, a cannabidiol-based oral medicine, led to a statistically significant reduction in seizure frequency, relative to baseline and the placebo, for patients with Dravet syndrome and Lennox-Gastaut syndrome. Epidiolex’s approval may be the spark that launches debates on Capitol Hill about rescheduling or de-scheduling cannabidiol.

If you’re looking for exposure to the pot industry, a streaming company like Auxly Cannabis Group might work. Though Auxly does directly own a few smaller grow facilities, it primarily provides up-front capital to small- and medium-sized growers in exchange for a percentage of their yield at a below-market rate. Auxly can then turn around and sell this product at market rates, pocketing the difference as profit.

Generally, streaming deals lead to robust long-term margins. But something for investors to consider here is that with per-gram cannabis costs paid to its licensed partners being mostly fixed, Auxly could struggle to reduce its costs if marijuana becomes commoditized over time. In other words, whereas growers can benefit from economies of scale, that won’t be the case with Auxly. This means investors would need to keep a close eyes on per-gram pot prices.

A potentially intriguing way to profit off the marijuana industry is by targeting a company whose sole focus is on increasing crop yield, such as Scotts Miracle-Gro (NYSE:SMG).

Unlike most of these companies, which are pretty much entirely devoted to cannabis, Scotts Miracle-Gro generated 89% of its total sales from its traditional lawn and garden operations in 2017. The remainder was generated from its Hawthorne Gardening subsidiary, which serves medical marijuana businesses in the United States. In particular, Hawthorne specializes in hydroponic solutions, as well as lighting, nutrients, and soil to help growers improve their yields.

If you crave profitability and minimal risk, Scotts might be the perfect stock for you.

Don’t forget about real estate! One way to invest in marijuana is by purchasing a real estate investment trust (REIT) like Innovative Industrial Properties.

With a new purchase in Michigan announced last week, Innovative Industrial Properties owns nine medical cannabis grow facilities in the U.S. that it leases out for extended periods of time. Initial leases have been for 15 years, with two extending longer. These leases come with built-in annual rental increases as well as management fees, ensuring that Innovative Industrial Properties stays ahead of the inflationary curve. And since it’s a REIT and avoids normal corporate income taxes, it pays out a healthy 3% dividend yield.

Investors could also gain marijuana exposure by digging into the developers of cannabis breathalyzers. These are devices that would be used by law enforcement to measure levels of tetrahydrocannabinol (THC) in a person’s breath. THC is the psychoactive component of marijuana that gets you high and can impair your ability to operate a motor vehicle.

Finally, you can invest in marijuana stocks by essentially purchasing the whole lot through an exchange-traded fund, or ETF. An ETF is a single security that pools money to purchase a diversified set of assets.

For example, the Horizons Marijuana Life Sciences ETF had more than 700 million Canadian dollars in net assets as of Aug. 3, 2018, and had returned a cool 50% since inception in April 2017. It currently has positions in 39 different marijuana stocks, albeit it’s highly concentrated in growers. Eight of its 10 largest holdings are growers, which comprise a whopping 58.1% of its invested assets.

Long story short, you have no shortage of options when it comes to investing in marijuana stocks. 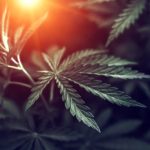 9 Ways to Invest in Marijuana Stocks