11 Pro-Cannabis Politicians Who Changed the Game

For decades, three little words struck terror into the heart of any politician who so much as contemplated voicing support for even the mildest reform of the laws against cannabis.

And so, for a long dark ages, the government’s oppressive, abusive and unjust war on cannabis continually escalated, with almost no substantive debate of its merits—not in Congress, not in the corporate media, not in the medical field, and not in the so-called Justice Department.

Many understood that the war was counterproductive and unwinnable, but they dared not say anything, lest they be declared soft on drugs and banished from the establishment. Take for example former Surgeon General Joycelyn Elders, who simply suggested studying the legalization of cannabis as a harm reduction strategy and received official censure from President Clinton in response, before eventually being pushed out of the job.

Once a few brave states legalized—and demonstrated that the sky hasn’t fallen—suddenly everybody’s free to admit what was always obvious. That cannabis prohibition is, was, and always will be a dismal failure and an affront to humanity.

Now, with legalization polling at over 60% nationwide, politicians worry about losing votes by backing a highly unpopular prohibition. So we are indeed in a new era of cannabis policy, and we wouldn’t have ever gotten here without the efforts of these ground-breaking visionary politicians, who changed the game for good.

The push to outlaw cannabis in the United States dates back to the beginning of the 20th Century, when an influx of immigrants and refugees—displaced by the Mexican Revolution—began crossing the border in large numbers, which in turn led to an anti-immigration backlash with overtly racist motivations. Laws against marihuana became a convenient club to criminalize these new arrivals, especially after a coordinated propaganda campaign in the media portrayed cannabis as a clear and present danger to the American way of life.

Released as The La Guardia Report in 1944, the landmark study pointedly debunked pretty much every argument in favor of prohibition.

By 1937, all this Reefer Madness led to passage of the Marijuana Tax Act, which nationalized marijuana prohibition just four years after the end of alcohol prohibition.

In direct response to this new law, New York City mayor Fiorello La Guardia commissioned a blue ribbon panel of leading doctors, psychiatrists, psychologists, pharmacologists, chemists and sociologists, and tasked them with making a thorough investigation of cannabis based on a comprehensive review of all available scientific literature, plus primary research.

Released as The La Guardia Report in 1944, the landmark study earned the endorsement of the prestigious New York Academy of Medicine, while pointedly debunking pretty much every argument in favor of prohibition.

After first making his fortune as the founder of one of New Mexico’s largest construction companies, Gary Johnson began his career in politics by running for Governor, and winning. In 1999, shortly after voters gave him a second term by a wide margin, Johnson became one of the highest ranking public officials in the country to openly call for cannabis legalization.

While running for President as the Libertarian Party candidate in 2016, he told the press he’d only stopped smoking cannabis a couple of months before entering the race. If he won the election, and moved into the White House, he promised not to take a single puff during his time in office.

Barbara Lee has served in Congress since 1998, representing Oakland, California and northern Alameda County. One of the most progressive voices in the federal government, she’s long been a staunch supporter of cannabis legalization. In 2008, she won an award from the National Organization for the Reform of Marijuana Laws (NORML) for “outstanding public leadership.” And ten years later, she’s still a national leader on the issue.

In January, Lee introduced the Refer Act in Congress.

“Due to unequal criminalization rates and disparities in access to capital, people of color are being locked out of the new and thriving legal cannabis trade.”-Rep. Barbara Lee

“American voters have sent a clear message—it’s time for the government to stop wasting taxpayer money on the failed War on Drugs and take long overdue action to reform cannabis policies.” Lee said while introducing the bill, which would protect state cannabis laws from federal intrusion. “One in five Americans resides in a state where cannabis use has been legalized. Congress [must] end the federal government’s wrongful targeting of this industry and ensure that the will of the American people is respected.”

Lee also introduced a companion bill in the House to the Marijuana Justice Act, which was first introduced in the Senate by Corey Booker, and would remove cannabis from the Controlled Substances Act entirely, while providing a process for expungement of criminal records, and creating a $500 million investment fund to support communities and people disproportionately targeted by the War on Drugs.

Most recently, Lee has introduced the the RESPECT Resolution, the first bill in Congress focused on building equity in the cannabis industry.

“Due to unequal criminalization rates and disparities in access to capital, people of color are being locked out of the new and thriving legal cannabis trade,” according Congresswoman Lee. “We need to address the systemic exclusion and discrimination at play. Otherwise, we will be prolonging and encouraging the injustices of the past—where brown men spend their lives in prison for cannabis, while white communities get rich off the industry.”

Long before he became the 40th President of Uruguay (2010—2015), Jose Mujica was a guerrilla fighter with a group of left wing revolutionaries. He spent 13 years in prison while a military dictatorship ran the country, and then entered politics upon his release, when constitutional democracy was restored.

“We’ve been repressing drugs for 80 years and it doesn’t work. Drug trafficking is much worse than the consumption of marijuana.”-ose Mujica, Former President of Uruguay

Known as “the humblest world leader,” Mujica eschewed life in a Presidential palace and being driven around in a limousine, instead choosing to live on an old farm reachable only by a dirt road, while donating 90% of his salary to charity, refusing to wear a tie, and driving a 1987 Volkswagen bug.

He also undertook a controversial push for cannabis legalization, arguing that bringing the drug under legal control would improve Uruguay’s health while denying drug cartels profits and power.

“We’ve been repressing drugs for 80 years and it doesn’t work,” he explained, “Drug trafficking is much worse than the consumption of marijuana.”

Opposition to legalization was strong when Mujica first proposed the idea, and it was a bumpy road to implementation, but in 2013 Uruguay became the first country to legalize cannabis at the national level, with retail sales starting in 2017.

In 2013, while running for the leadership of The Liberal Party of Canada, Justin Trudeau voiced his support for cannabis legalization for the first time. He also acknowledged that the last time he’d smoked cannabis had only been only three years prior, when he was already serving as a member of Parliament.

“We had a few good friends over for a dinner party, our kids were at their grandmother’s for the night, and one of our friends lit a joint and passed it around,” he said in an interview. “I had a puff.”

When Trudeau ran for Prime Minister in 2015, he made legalization a key part of his upstart campaign. And while it’s been a rough road to making that happen, Canada’s national cannabis legalization legislation finally passed in June, and the nation’s first full legal recreational sales will begin on October 17.

In 2014, in rugged, mountainous West Jamaica, respected Rasta elder Ras Iyah V called to order the first meeting of the Westmoreland Hemp and Ganja Farmers’ Association—founded to ensure that those who fought and struggled for decades for the end of cannabis prohibition don’t get pushed aside as the Caribbean nation moves towards legalization

“We are not going to take baton licks and brutality, and all of a sudden, now when the legalization aspect come, let rich people take it over—people who used to scoff at the very mention of the herb.”-Ras Iyah V

“We will not stand by and watch people outside of Rastafari faith and grass-roots people take over this product,” Iyah V declared in his opening remarks, to a gathering that included many attendees who very rarely leave their clandestine ganja gardens out in the bush. “We are saying this loud and clear to the government, we are saying it to society, and we are saying it to the international community. Because we are not going to take baton licks and brutality, and all of a sudden, now when the legalization aspect come [sic], let some rich people take it over—people who used to scoff and scorn at the very mention of the herb.”

Iyah V has been working to help organize his fellow outlaw Rastafarian herbsmen into a legally-recognized cannabis cooperative—one capable of proactively protecting their integrity and common interests amid the influx of big money expected to arrive along with legalization.

Individually, Earl Blumenauer, Don Young, Jared Polis, and Dana Rohrabacher have all made important contributions to the cannabis legalization movement. But what’s truly game changing is that in 2017 they joined together to form the Congressional Cannabis Caucus, a bipartisan registered Congressional Member Organization that aims to amplify the power of those in the Legislative Branch pushing for an end to cannabis prohibition at the federal level. 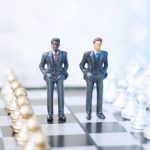 11 Pro-Cannabis Politicians Who Changed the Game