However, that’s currently the case according to two recent polls that were featured in the Marijuana Moment newsletter. Minnesota elected some new lawmakers this week who are pro-cannabis reform, which puts it firmly in play for states that could legalize cannabis via legislative action in the near future.

According to a poll conducted by KSTP/SurveyUSA, which asked 1,000 state of Minnesota adults from Oct. 29, 2018 through Oct. 31, 2018 if they supported cannabis legalization, a healthy 56% of respondents stated that they support legalization. That’s compared to just 32% of respondents that supported prohibition. 12% of participants were undecided.

Kansas is behind Minnesota when it comes to cannabis policy, but the poll results are very encouraging. With Michigan having voted to legalize cannabis this week, making it the first state to do so in the Midwest, the entire region is closer to legalizing cannabis than many would have thought just a few years ago.

If you live in Minnesota or Kansas, make sure to support cannabis reform efforts. Band together with other advocates and put pressure on elected officials. By doing so you will help get your state on the right side of history! 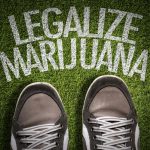