This Marijuana Industry Shift Should Make You Smile

Surprise! Legal cannabis is about more than just the flower.

Whether you realize it or not, the marijuana industry is big business — and it’s about to get bigger.

On June 19, after months of debate in the Senate and nearly two weeks of back-and-forth between the Senate and House of Commons, Canada’s Parliament passed bill C-45, which is more commonly known as the Cannabis Act. Its passage will allow Canada to become the first industrialized country in the world to legalize recreational marijuana and in the process, tack on somewhere in the neighborhood of $5 billion in annual sales. It’s these pie-in-the-sky sales projections that have had investors piling into Canadian pot stocks for more than two years.

Of course, investors have also held out hope that the United States could soon follow in Canada’s footsteps — if not for recreational weed, at least from a medical marijuana perspective. As a reminder, a Quinnipiac University survey from April 2018 showed that a whopping 93% of respondents want medicinal cannabis legalized.

To date, 30 states have given the green light to medical weed, with the heavily Republican-leaning state of Oklahoma becoming the latest to wave the green flag. (Republicans traditionally have a more negative view on marijuana than Democrats.) We’ve also witnessed nine of these 30 states OK the adult use of cannabis, including Vermont, which became the first state to approve recreational marijuana entirely through the legislative process in January.

Pretty much everywhere you look throughout North America, the legal cannabis industry is thriving. However, it’s also shifting.

Big changes are underway in the legal weed industry

According to a new report from USA Today, which reinforces an idea I’ve pounded the table on, the traditional marijuana industry is slowly going the way of the dodo. Whereas your parents’ or grandparents’ generation might remember pot as a dried flower that would be smoked by users, the market share for this traditional form of consumption has been steadily falling in key markets. Instead, users are preferring alternative cannabis products to get their highs, such as edibles, vaporized cartridges, infused beverages, and concentrates.

Data cited by USA Today from cannabis research firm BDS Analytics shows marked declines in smokable marijuana sales. Back in 2014, the first year Colorado allowed dispensaries to sell recreational pot, dried flower made up 67% of total sales. Today, it’s down to only 44% of total sales, with cannabis concentrates doubling to 31% of statewide sales.

Similar declines were observed in Oregon, which saw dried flower sales fall from 51% to 44% in a year, and even in California, which observed a 3% decline in dried cannabis market share over four months in 2018. (California commenced legal weed sales on Jan. 1, 2018.)

Further evidence of this shift was provided by Colorado’s recently released Behavioral Risk Factor Surveillance System survey. Among cannabis users, the number who said that they were eating or drinking pot-based products jumped from 35.2% in 2016 to 40.4% in 2017.

Users suggest that edibles, pills, concentrates, and other marijuana alternatives are more discreet, longer lasting, and are believed to be healthier, since the product doesn’t need to be smoked.

Hey, investors: This should make you smile

So why exactly should folks be smiling about this shift? Well, if you’re an investor, it’s great news.

You see, dried cannabis has had a tendency to be commoditized in what few states have legalized the product recreationally. In Colorado, Oregon, and Washington state, the price per gram of dried flower has plunged since sales first began in these respective states. Even with the advantage of economies of scale, a 40% or greater decline in the per-gram dried flower price is going to hurt growers’ margins.

On the other hand, alternative cannabis products, while generally appealing to a more niche pool of consumers, have substantially higher margins. These are products that have very little chance of being commoditized and therefore run little risk of pricing pressures, unless too many pot companies were to delve into marijuana alternatives. If consumers are demanding more edibles, vapes, capsules, and concentrates, that’s a great thing for businesses in the marijuana industry.

Then again, with federal law being so restrictive, it’s not as if investors have been able to fully take advantage of this shift in the United States. But if this shift is ongoing in the U.S., chances are very good that it’s underway in Canada, too. Though edibles and infused beverages haven’t been given the OK by Parliament as of yet — they’re likely slated for discussion or passage next year — Canadians will soon have even broader access to cannabis oils and concentrates.

For instance, CannTrust Holdings‘ (NASDAQOTH:CNTTF) first-quarter report showed that more than half of the company’s total sales came from extracts, as opposed to dried cannabis. Although CannTrust’s Niagara greenhouse facility will include a marked uptick in dried flower production, its management team has made a concerted effort to balance its production with alternative cannabis products. As a result, CannTrust is among the cheapest pot stocks in the industry on the basis of forward price to earnings.

If you’re an investor who’s watching the marijuana industry evolve, you should be cheering this push into extracts and oils, as well as keeping your eye out for growers like CannTrust that’ll devote a significant portion of their production to alternative pot products. 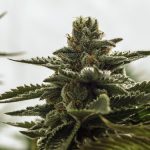 This Marijuana Industry Shift Should Make You Smile