Can CBD oil really make you all better?

We’re in the midst of a CBD craze.

Cannabidiol — CBD — is a compound in the marijuana plant with purported medical benefits but very little (0.3 percent or less) THC, the plant’s psychoactive ingredient.

In other words, it won’t make you feel high or stoned.

Dozens of online companies sell it as a supplement. And it can be found in everything from cosmetics to bottled water to coffee. You can pick it up it in health food stores and smoke shops — even where pot hasn’t been legalized.

The most common reason for using CBD oil is to alleviate anxiety and depression, said Martin A. Lee, director of the non-profit cannabis research group Project CBD and author of “Smoke Signals: A Social History of Marijuana.”

Because marijuana is illegal at the federal level, there’s a dearth of clinical trials on the medical effects of CBD oil in the U.S., but, Lee said, there is “extensive pre-clinical research” here and more definitive studies abroad. It’s approved for chronic pain in more than two dozen countries, he said.

In its pure form, CBD oil is non-toxic, even at large doses, and has no abuse potential, experts say. But short of sending it to a lab yourself, there’s no way to be certain what’s in a product.

The lack of oversight means products may contain only synthetic CBD, or little or no CBD oil at all. A study last year in the Journal of the American Medical Association measured the amount of CBD oil in 84 products from 31 companies and concluded that twenty-six percent contained less CBD than advertised.

McBride and Lee recommend shopping by brand — finding a reputable company by looking up online reviews or asking a retailer you trust.

Such companies will post test results from labs unaffiliated with the company; even if they are inscrutable, it’s one sign of transparency.

Or you can ask a company for lab reports. “If they are reluctant to share these results with you, it should be an automatic red flag,” said McBride.

The only way to find the right dose of CBD oil is trial and error. Companies can’t give guidelines, since that would be making a medical claim, McBride said.

When starting out, take a few very small doses over the course of a day and stick with that for a few days, Martin said, observing and making small adjustments: “Don’t get impatient and overdo it.” Large doses are sedating. And, though it’s counterintuitive, he said lower doses are often more effective than higher ones. 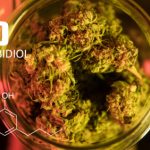 Can CBD oil really make you all better?