Is a Federal Marijuana Crackdown Imminent?

Marijuana enforcement recommendations are set to be delivered to Attorney General Sessions this week.

The federal marijuana crackdown that drug reform advocates have speculated and feared for the past several months could come to a head later this week when U.S. Attorney General Jeff Sessions’ Task Force on Crime Reduction and Public Safety submits its review on policies pertaining to the cultivation and sale of cannabis products in the United States.

In April, Sessions assembled the task force in an effort to find any and all connections between statewide marijuana legalization and the national uptick in violent crime. Those recommendations, according to a memo calling for the review, are to be submitted no later than this Thursday, July 27.

Although some policy experts like Jacob Sullum, senior editor at Reason Magazine, believe a federal marijuana crackdown is unlikely to happen because it “would contradict Trump’s campaign promises, cause an uproar among state officials across the country, and provoke strong objections from members of Congress who represent states with legal pot,” others think that the upcoming recommendations could be a way of strengthening Sessions’ argument against allowing the cannabis trade to continue.

“The task force revolves around reducing violent crime and Sessions and other DOJ officials have been out there over the last month and explicitly the last couple of weeks talking about how immigration and marijuana increases violent crime,” Inimai Chettiar, director of the Brennan Center’s Justice Program, told The Hill.

“We’re worried there’s going to be something in the recommendations that is either saying that that’s true or recommending action be taken based on that being true,” she added.

It might sound a bit paranoid to suggest that the demise of the cannabis industry is on the horizon simply based on Sessions’ order of a federal marijuana review, but the wily former Alabama Senator has clearly indicated that he has a strong desire to eliminate legal weed.

In May, Sessions sent a letter to Congressional leaders begging for the elimination of a rider that prohibits the Justice Department from going after the medical marijuana community.

“I believe it would be unwise for Congress to restrict the discretion of the Department to fund particular prosecutions, particularly in the midst of an historic drug epidemic and potentially long-term uptick in violent crime,” Sessions wrote.

“The Department must be in a position to use all laws available to combat the transnational drug organizations and dangerous drug traffickers who threaten American lives.”

If Congress fails to include the rider, better known as the Rohrabacher-Farr amendment, in the next federal budget, it would open the medical marijuana industry up to a flurry of investigations, raids and prosecutions that it has managed to avoid for the past few years.

The amendment is up for renewal in September.

What is known for sure is that Sessions seems to be doing all he can to ramp up the domestic drug war.

He has already revamped policies that will increase mandatory minimum sentences for drug offenders and strengthen the civil asset forfeiture program. If the federal marijuana review can help sell the story of how statewide legalization is increasing black market shenanigans in areas of prohibition, it is conceivable that yet another policy revision will emerge sometime in the next couple of months – one that will change the course of the cannabis industry for as long as the Trump Administration hold the keys to the nation.

Sessions has maintained from the very beginning that it could be an enforcement nightmare to impose a federal marijuana crackdown. However, he has also suggested that he intends to follow “federal law.”

During his confirmation hearing, Sessions told the Senate Judiciary Committee that Congress should change the law if lawmakers no longer wish to make nationwide marijuana enforcement a priority.

“I think one obvious concern is that the United States Congress made the possession of marijuana in every state and distribution of it an illegal act,” Sessions said back in January. “So if we need to…if that’s something [that] is not desired any longer, Congress should pass a law to change the rule. It is not so much the Attorney General’s job to decide what laws to enforce. We should do our job and enforce laws effectively as we are able.” 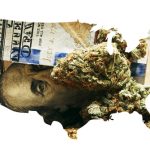 Is a Federal Marijuana Crackdown Imminent?