Attorney General Jeff Sessions recently clarified how the Trump administration intends to treat states that have legalized pot, which remains illegal on the federal level.

The Obama administration eventually took a relatively hands-off approach to this enforcement conundrum. But Sessions instructed all United States attorneys to treat cannabis-related activities like any suspected crime, instead of making them a low priority if they comply with state laws.

This bureaucratic salvo is stirring fears that the Trump administration could be on the verge of a crackdown that could potentially jeopardize the nation’s growing number of legally operating pot businesses. However, based on my research and what I’ve learned while teaching the first U.S. college course on the marijuana business at the University of Denver, I see no reason for supporters of legalization to panic.

In fact, I believe that Sessions may have actually accelerated the process toward federal marijuana legalization.

Since the federal government considers pot to be a Class 1 controlled substance and makes using and selling marijuana for any reason a crime, this put the authorities in an awkward position. Key members of the Clinton administration responded with harsh rhetoric. General Barry McCaffrey, the drug czar, said at the time, “We should ask ourselves whether we really want Cheech and Chong logic to guide our thinking about medicine.” Raids and high-profile indictments followed.

President George W. Bush’s administration also expressed hostility toward medical marijuana, making its growing number of raids on legal dispensaries come as no great surprise. In 2005, as his second term began, the Supreme Court ruled that federal powers trumped states’ rights in this regard.

As a presidential candidate, Barack Obama suggested that he might not interfere with the power of what was by then about a dozen states to allow medicinal marijuana sales and use. In 2009, his deputy attorney general, David Ogden, released a memo that furthered this impression. It said that small-scale operators in states where medical marijuana was legal were a low enforcement priority.

During Obama’s second term, the number of states that had legalized medical marijuana climbed past the 20 mark. A handful, starting with Colorado and Washington, also legalized recreational weed. Meanwhile, support for legal pot continued to build in general.

While still somewhat ambiguous and falling short of support for full federal legalization, Cole’s guidance made cannabis businesses in states that had legalized the product feel less vulnerable.

Rather than fight for more protection against federal raids, marijuana entrepreneurs and social activists at that point instead generally chose to focus on compliance within state laws and continuing to increase public support.

The strategy seemed to pay off with additional states legalizing pot for medical and recreational purposes. While full legalization remained an appealing long-term goal for many Americans, the status quo during Obama’s second term seemed quite workable for states with legal markets. And it took away the impetus to push for more rapid federal change.

As soon as President Donald Trump named Sessions as his pick for attorney general, the Alabama Republican’s long-held anti-pot views triggered speculation that the federal government would crack down in states where it was legal.

Instead, Sessions waited almost a full year to make a move. Meanwhile, legal cannabis businesses continued to generate tax revenue and create jobs. California launched its recreational marijuana market, the world’s largest. And more and more Americans were exposed to the industry in their home states or while traveling.

Indeed, a Pew Research Center poll conducted in October found that 61 percent of Americans supported legalization – up from 57 percent a year earlier and nearly double the backing for legal pot in 2000. For the first time, Gallup polling determined, a majority of Republicans support legalization.

Even when Sessions finally acted, he took a relatively mild step. Rather than launching a more severe crackdown, such as immediately raiding marijuana businesses, he merely rescinded Cole’s guidance.

The way state lawmakers, attorneys general, industry participants and other stakeholders reacted to even this small gesture demonstrated something that Sessions seems to have failed to consider – that the coalition in support of marijuana legalization had grown considerably.

State lawmakers in California, Colorado, Massachusetts and other states, and even some of the Republicans in Congress, objected. A group of 54 House and Senate Democratssent Trump a letter urging him to reverse course.

“This action has the potential to unravel efforts to build sensible drug policies that encourage economic development as we are finally moving away from antiquated practices that have hurt disadvantaged communities,” they wrote.

State attorneys general, who do not report to Sessions, such as those serving in Colorado, Washington, Pennsylvania and Michigan, have shown no interest in modifying their current practices.

And 19 of them urged Congress to change banking laws so that marijuana businesses in their states would no longer have to rely solely on cash to handle billions of dollars in legal pot transactions. That way, they wrote, their revenue could be fully tracked, aiding taxation and limiting criminal activity that targets cash-intensive businesses.

All in all, the fierce reaction across the political spectrum reaction shows two things: Sessions’ memo is an empty threat and pot’s days as an illegal drug are numbered.

To be sure, the Sessions memo does seem to have scared away some investors who were considering new pot investments. But by adding to the air of uncertainty around marijuana businesses, Sessions seems have only strengthened the resolve of pro-legalization forces.

I believe it will ultimately bring about federal legalization sooner rather than later. 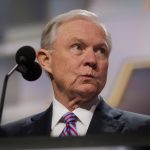