In response to a letter from Colorado U.S. Senator Michael Bennet, the Office of National Drug Control Policy (ONDCP) committed to “be completely objective and dispassionate” in collecting scientific research to inform federal marijuana policy. This commitment follows a news report that the White House established a Marijuana Policy Coordination Committee to support misinformed conclusions on marijuana.

On August 30, Bennet wrote ONDCP Acting Director James Carroll asking him to reconsider the administration’s efforts to mislead the American people. Carroll responded to Bennet on September 21, assuring him the ONDCP will use objective data to formulate marijuana policy.

“I assure you that the ONDCP seeks all perspectives, positive or negative, when formulating Administration policy” Carroll wrote. “You have my full and firm commitment that ONDCP will be completely objective and dispassionate in collecting all relevant facts and peer-reviewed scientific research on all drugs, including marijuana.”

“In Colorado, we’ve made a deliberate effort to ensure fact-based data informs our marijuana policies” Bennet said in response to this commitment. “Government-sponsored propaganda shouldn’t undermine that effort. I intend to hold the ONDCP to its commitment to present objective and scientific information about marijuana to the American public.” 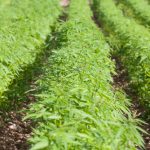