“The State of Colorado has worked diligently to implement the will of our citizens and build a comprehensive regulatory and enforcement system that prioritizes public safety and public health,” the Democratic governor and Republican state attorney general wrote. “When abuses and unintended consequences materialize, the state has acted quickly to address any resulting harms.”

The governor’s office released the five-page letter Thursday afternoon in reply to a letter Sessions sent Hickenlooper a month ago. Sessions told the governor that the feds have “serious questions” about recreational cannabis that was legalized in Colorado in 2012.

He cited a report from the Rocky Mountain High Intensity Drug Trafficking Area on illegally exported marijuana, increased use by young people, and increased traffic deaths related to marijuana.

More independent studies have found the opposite to be true. HIDTA is part of the White House’s Office of National Drug Control Policy.

In the letter to Hickenlooper last month, Sessions wrote, “Please advise as to how Colorado plans to address the serious findings in the Rocky Mountain HIDTA report, including efforts to ensure that all marijuana activity is compliant with state marijuana laws, to combat diversion of marijuana, to protect public health and safety, and to prevent marijuana use by minors.”

In their response, Hickenlooper and Coffman cited other data that showed those statistics cited by HIDTA to be wrong or misleading.

“The State of Colorado shares the federal government’s desire to establish strong controls around the production and sale of marijuana in the interest of protecting public safety, public health and other law enforcement interests,” they told Sessions. “We stand ready to work with our federal partners to strengthen our regulatory system and continue our collaborative enforcement efforts.”

In the detailed letter, Hickenlooper and Coffman point to comprehensive state efforts to combat illegal diversion from Colorado to other markets, stating, “Preventing diversion is among the state’s top priorities.” The state leaders pointed to inventory controls and enforcement to prevent diversion. Colorado has established a so-called “seed-to-sale” tracking system so that all legal inventory is accounted for.

Still, issues around people abusing the legal system in Colorado have proven problematic, as some use loopholes to grow legally at home, and then divert the marijuana illegally out of state. This scheme has been labeled the “gray market.” State lawmakers this year took aggressive action to curb such practices, limiting growing marijuana at home to 12 plants in most circumstances.

Hickenlooper and Coffman also outlined actions taken by the state to limit use by minors. A state survey on teen marijuana use found that teen use has not increased since the state legalized the drug. The Colorado Department of Public Health and Environment’s “Healthy Kids Colorado Survey” released in 2016 revealed that 4 out of 5 high school students continue to say they don’t use marijuana, even occasionally.

The survey represented a holding trend, as a report from 2014 showed that teen marijuana use had slightly decreased since legalization.

The state has spent $22 million in marijuana tax revenue on public education campaigns aimed at discouraging minors from using marijuana.

“Reducing marijuana use among our youth will remain a top priority for the state,” the letter states.

Regarding traffic accidents related to marijuana use, Colorado enacted laws aimed at preventing driving under the influence, Coffman and Hickenlooper point out. Officers have also been trained in how to spot drivers under the influence of marijuana.

On the subject of emergency room visits related to marijuana, the state health department found that marijuana-related visits fell 27 percent from 2014 to 2015, when the most recent data was available. Marijuana exposure calls fell 12 percent between 2015 and 2016.

“State health officials attribute the initial increase in emergency department visits and exposures to a few primary factors, including a greater willingness, post legalization, among health professionals to inquire about marijuana use and among individuals to report it; unsafe consumption of edible marijuana products; and accidental ingestion of marijuana,” the letter continues.

Education campaigns have limited those incidents, Hickenlooper and Coffman state. Limiting the THC content of edible products and precise labeling has also helped.

“Colorado’s system has become a model for other states and nations,” the letter concludes. “We stand ready to work with our federal partners to fortify what we have built.” 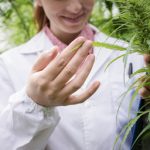