Thanks to federal prohibition, pot farmers have been shut out of the insurance industry for decades. But for one grower, a chance policy became a saving grace after 2017’s rash of wildfires.

As California continues to recover and rebuild from the worst wildfire season in state history, one Santa Barbara-area cannabis grower has been able to fully recoup his losses. After losing an entire pre-harvest greenhouse to damage from airborne ash, the cultivator collected over $1 million in policy payouts from a London-based insurance firm — a milestone in the newly-legal cannabis industry.

During the last few months of 2017, as California prepared to finally cut the ribbon on its highly anticipated adult-use legal cannabis market, the state was engulfed in a series of deadly wildfires that scorched NorCal in October and SoCal in December. Caught in the blazes and subsequent ash storms were hundreds, if not thousands, of cannabis farms. In NorCal, Sonoma County growers reported almost-ready crops and priceless genetics reduced to ash, while others had to trash entire harvests thanks to wind-spread contaminants.

Further south, where the population is more dense and municipal cannabis rules are generally more strict, most grows are housed indoors or in greenhouses, making them far less susceptible to the fire damage seen in and around the Emerald Triangle. Still, some of those greenhouse grows were equipped with retractable roofs to introduce and control natural light. Unfortunately, it was that type of cultivation setup which led to one Carpinteria, CA grow getting destroyed, as December’s Thomas Fire spread toxic ash across its mature plants.

But while most cultivators would accept the fire-damaged plants as an unavoidable loss, the unnamed Carpinteria grower had recently insured his state-legal cannabis crops, and has since collected over $1 million in policy payouts for the damaged doja, according to the Santa Barbara Independent.

For the first two decades of California’s medical cannabis industry, most insurance providers wouldn’t touch plant-based canna-businesses with a 10-foot pole. And if they did, providers would charge exorbitant prices for traditional policies. Like the banking industry, insurance agencies rely on federal safeguards to provide coverage, creating huge barriers for anyone in the state-approved marijuana industry to protect their businesses.

To get around those Schedule I institutional barricades, the Carpinteria grower, and his California-based insurance agent, were able to write a policy, backed by an unnamed firm headquartered in London, that protected against “change in atmospheric conditions.”

Thanks to that specific wording, the Carpinteria cultivator was able to recoup full market price of over $1,000/lb for all of the ash-damaged plants, samples of which tested positive for asbestos, arsenic, and lead, among other toxins.

As California’s marijuana industry continues to gain mainstream acceptance, state Insurance Commissioner Dave Jones has made it a point to start providing insurance options for ganjapreneurs. Jones announced the first approved canna-business insurance providers in early November, 2017, just weeks after the first wave of fires decimated the state’s northern counties. Most of those growers were unable to insure their farms until it was too late, though.

Still, while the Carpinteria grower’s unique situation is encouraging for cannabis operators looking to protect their plants, that same cultivator quickly found out that the insurance world maintains a stigma against marijuana. After paying out the $1 million policy, the UK-based insurance firm said that they will no longer provide insurance for marijuana businesses.

In other states with legal weed laws, cannabis industry insurance is still nearly impossible to obtain, with state-legal providers given no legal recourse to fight back against theft, government raids, or natural disasters. 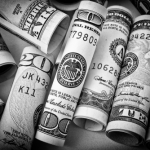